After Hussite soldiers partially demolished Vyšehrad, poor artisans started settling in the compound and gradually occupied the deserted areas in the castle and its neighborhood. The Vyšehrad Chapter stayed but lost most of its properties and never regained its original importance. After 1450, the Town of the Vyšehrad Hill was formally established with two constituent parts: The Upper Town was located in the actual Vyšehrad and its marketplace operated between the Church of the Decollation of St. John the Baptist and the Rotunda of St. Martin. It included several dozens of houses, a school, the Burgrave’s house, the ruins of the Royal Acropolis and the district of the Vyšehrad Chapter. The Lower Town consisted of the area of the former village next to the castle and its marketplace was found on today’s Vratislavova Street. The Lower Town included the Church of Humility of Virgin Mary as well as a mill and a lime kiln by the Botič creek. Gardens and vineyards were established on the slopes of Vyšehrad. However, the history of the Town of the Vyšehrad Hill was soon to end. The Thirty Years’ War proved the Prague fortification obsolete. Therefore in 1650, the construction of a new fortification started and the Vyšehrad fortress was to become a part of it. The Upper Town disappeared and Vyšehrad was completely transformed. 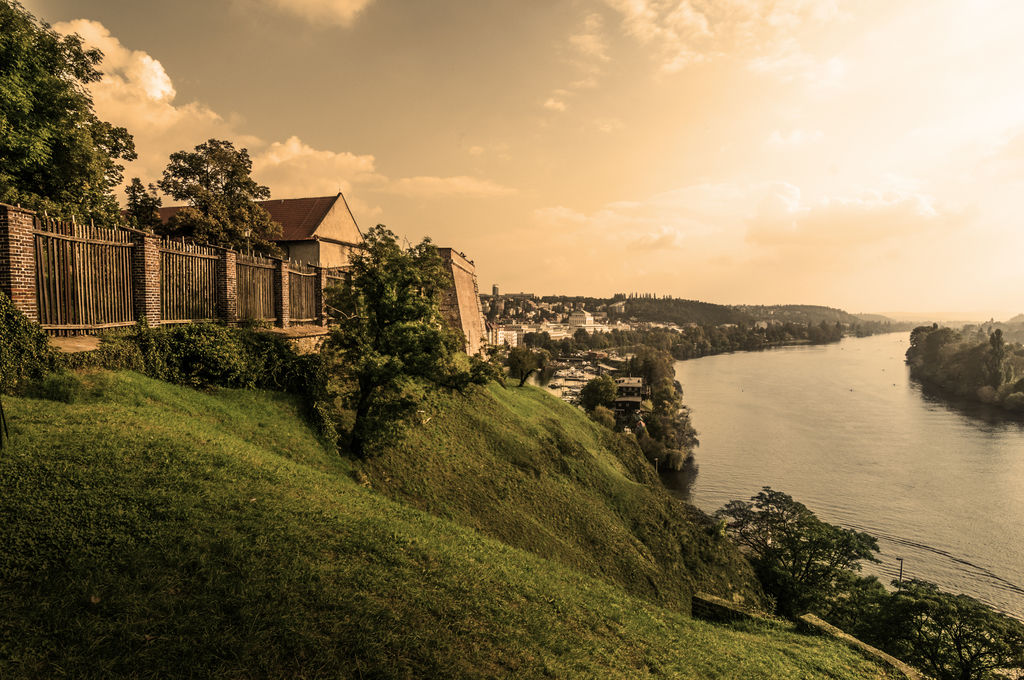