The construction of the Vyšehrad fortress according to a design by general Innocenzo Conti and Josef Priami started in 1653. Even before it began, the Tábor Gate with a connecting angular rampart was already finished on the Pankrác side as early as 1639. A massive brick fortification with the plan of an irregular pentagon featuring five bastions protruding from its corners was finished around 1727. The new fortification included the Baroque Leopold Gate (1669) and an elaborate network of Casemates – underground tunnels for quick movement of soldiers and storage of material. Most older buildings were demolished and the Vyšehrad Chapter was temporarily abandoned. An impressive armory was built in the former Royal Acropolis. However, it burned down in 1927 and was never restored. The Vyšehrad fortress was never used to counter any military campaign against Prague. On the contrary in the wars for the Austrian heritage, the fortress was used as a base by the French army and later, by the Prussian army. The final reconstruction of the fortress took place in the mid-1800s when the Empire-style Brick Gate (1841) and redan, a cannon firing position on the city side were finalized. 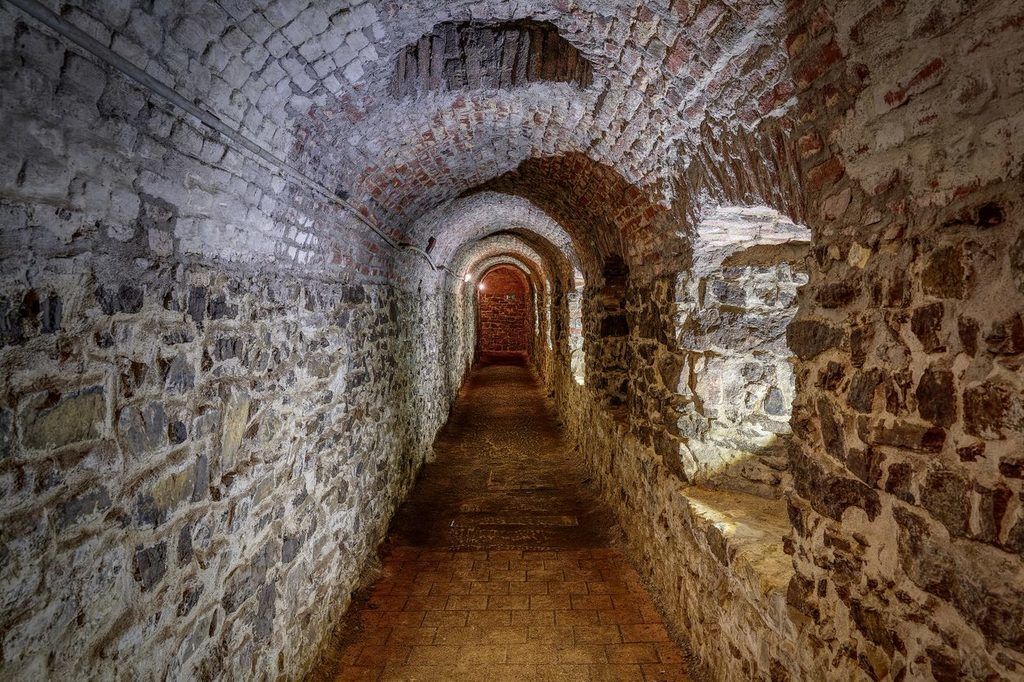 This historical period is explained in more detail during the guided tour Faces of Vyšehrad - Baroque Fortress (only in Czech).